This is the final part of my Engine feature series. Previous posts are here and here. My main focus this week is to make my library fast and stable, with less bugs. Most of the code changes I’ve done are under the hood.

The major update this week is the support for specifying the trigger and stick deflection dead zones both in Lua and the launcher. I also added support for multiple controller remapping in the launcher.

Adding multiple controller and dead zone support was not much of a work, but i had to think about the way i have to arrange my binary data, so that the file size is not large and it is also easy to retrieve data from it. Since reading binary data is reading from the memory and incrementing the pointer to the next address to read that data, we can inadvertently access data that might not belong to the file. Also, in the case of deadzones, if the player does not enter any data, we do not write anything to the file, but we must have some way of checking that while reading, otherwise we would be reading garbage values. Keeping in mind these things, i’ve decided to add the controller number in front of the controller data and have 1 byte before each deadzone to store where there is data or not in that.

The 0 above yellow line is the controller number and the 0’s above red line indicate that there is no dead zone data. 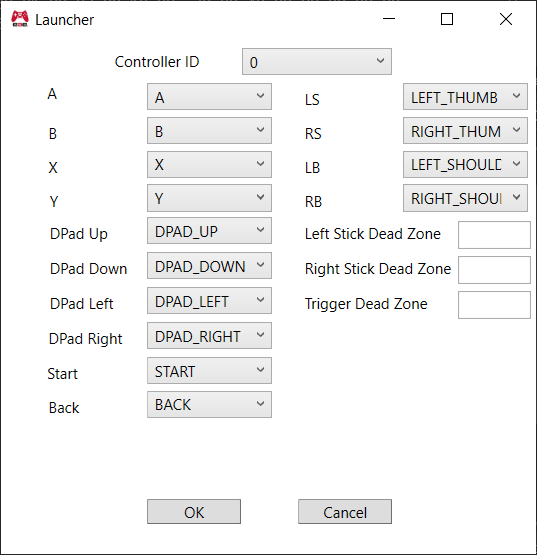 What the project does:

The project allows you to

How to use the library:

What gave me lot of trouble ;(

Where to go from here:

I am planning to continue working on this project in the future. Since me and hopefully some others in my class have to use this project in the upcoming tech demo game, I might encounter some bugs which i will be patching and updating here. I am also planning on continuing the work i was doing with audio during the winter break whose progress I will updating in future blog posts.

The code provided below is released under the 2-Clause BSD license.