As discussed in the previous posts, having a human readable file to edit data and having a binary file to load that data is more useful, compared to hardcoding the data in code. In this assignment, we have to create a Human readable format for effects and then convert it into binary format during build time and then load the required data from the binary file during runtime.

The file contains the locations to vertex and fragment shader and the type of Render state which can be “AlphaTransparency”, “DepthBuffering” or “DrawBothTriangleSides”. The file looks

The input shaders are stored to our $(GameInstallDir)/data folder, but our working directory for game is the $(GameInstallDir) folder. I Chose to append “data/” in front of the file names, so that we do not have to add that during runtime. The upside of this method is that it is faster to load the paths during runtime, while the downside is increased file size. I think the improvements in load speeds offset the increase in file size, hence I included those. 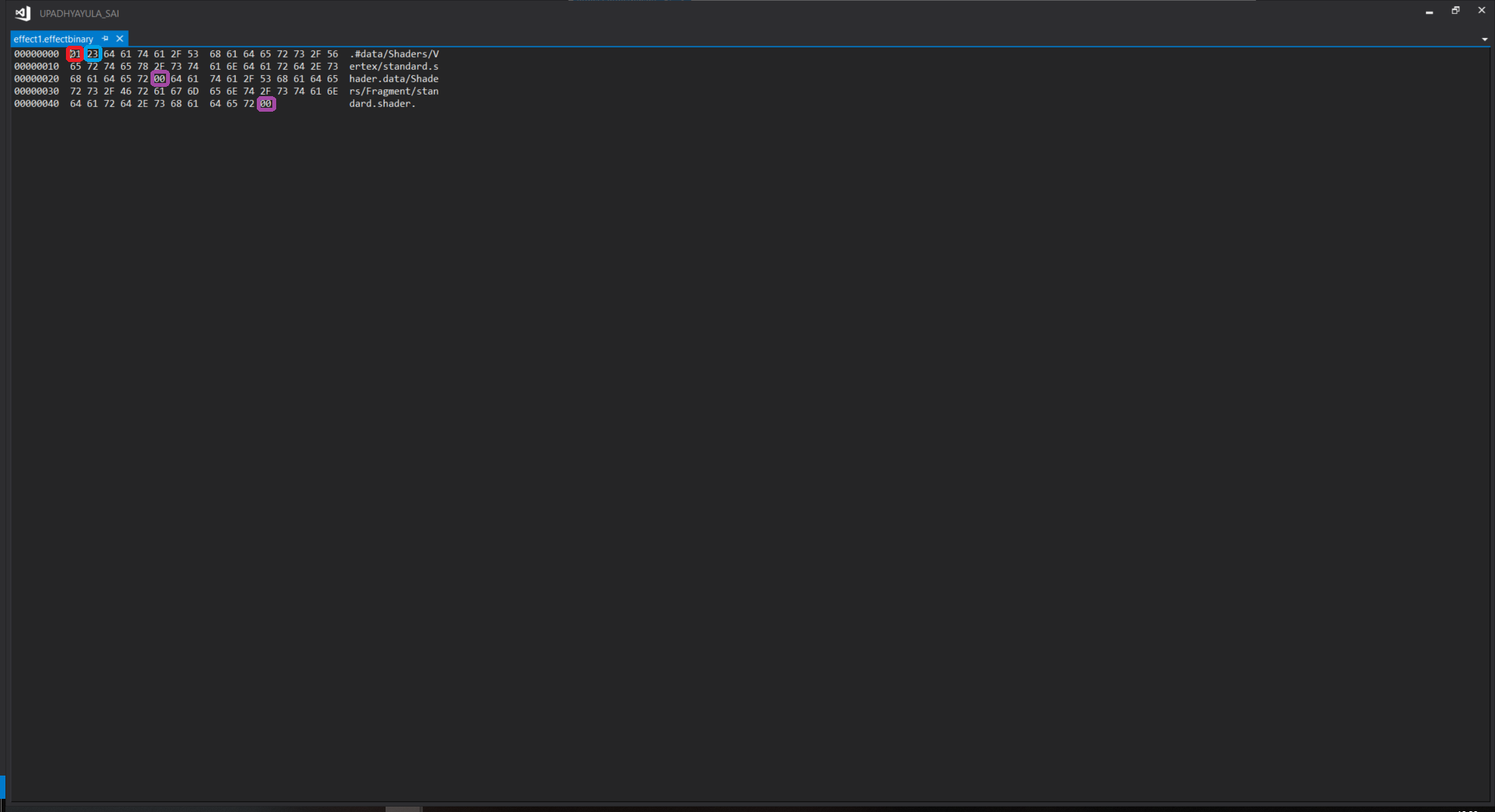 The red rectangle is the Renderstate. The blue one is the length of path for vertex shader and the violet rectangles show the null terminators after each path.

Since most code is changed in the backend, there are no visible changes to the output. 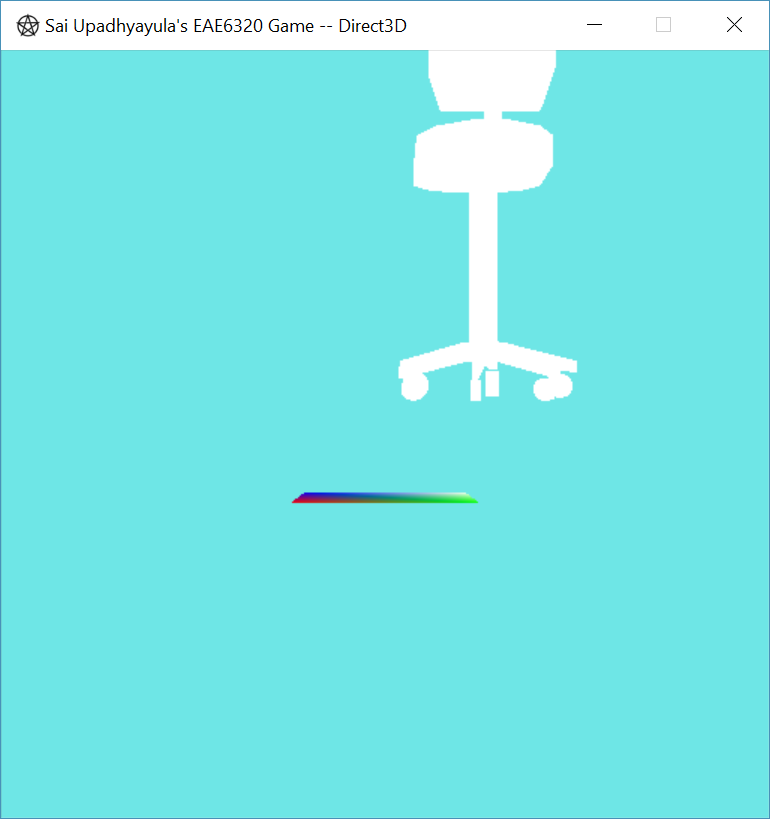