Posting updates on the Engine feature that I’m adding, as discussed here

Completed. The user can check which buttons are pressed including the triggers.

Completed. The used can get the actual and normalized (between 0 and 1) values of deflection for both the triggers and sticks.

Completed. Dead zones are supported for both triggers and sticks.

Completed. User can set individual vibration speeds for the motors or set the same speed for both.

You can see the interfaces for the above features in the below screenshot: 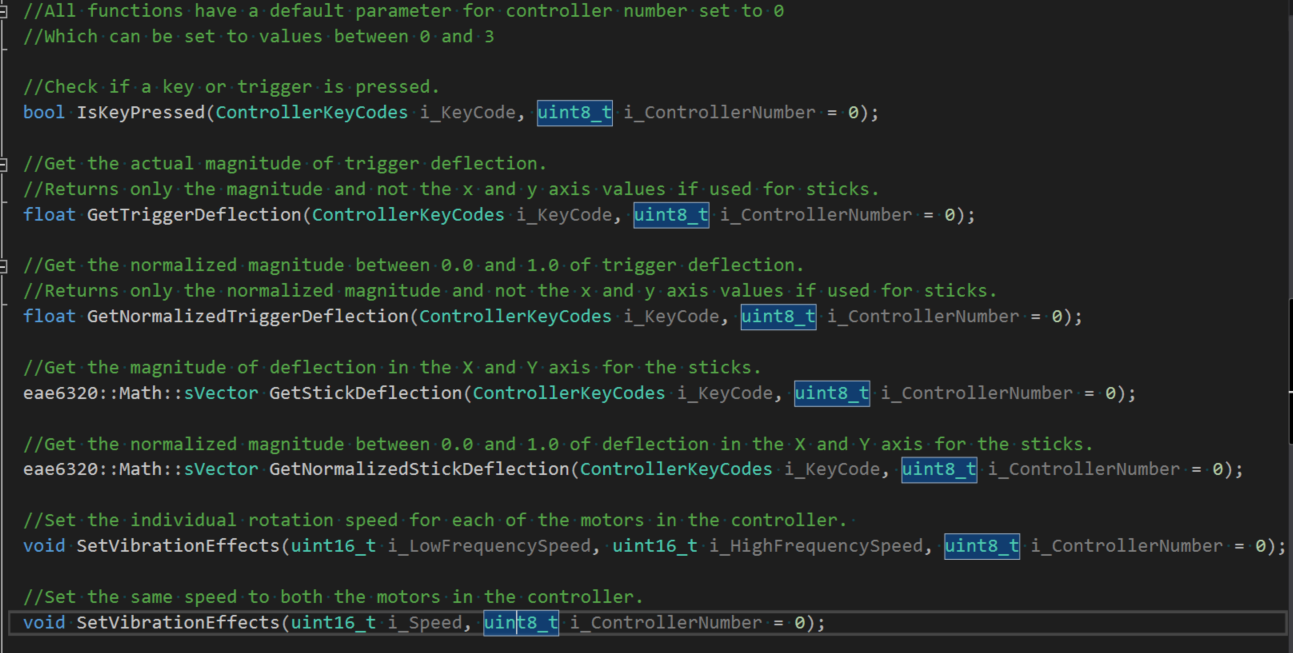 Completed. The functions that are used to get the above data also accept an optional controller number which can be between 0 and 3 and defaults to 0. The library also polls the XInput API for new controllers every 5 seconds.

Working on this feature now. Also planning on adding support to define custom dead zones in the Lua files. Expecting to have a working version of this feature by next week.

Yet to start working on this feature. Expecting to finish a basic version of this feature by next week.

This is my first time working with low level APIs and it has been pretty straightforward until now. The XInput API has well written documentation that made writing the code easier. I haven’t faced any roadblocks for this version. But as I develop this module, I expect a few to present themselves on the way.

My main goal in creating this library is to create something that I want to use myself in a game, hence most of the features that I am implementing are those that I have used in the games. For example, having multiple controller support which can be used for local multiplayer. To support this all functions accept a controller input value that defaults to the first controller if the developer does not want to support multiple ones.