Moving Mesh and Effect Code from Engine to Game:

The main goal of this exercise is to move the mesh and effect initialization to game instead of the engine. By doing this we are abstracting the engine from the data as engine should be able to process any type of data but doesn’t have to know what that data means. In games, the gameplay programmer can just specify which mesh and effect he wants the engine to render and the engine must be able to render that.

Sending the Background Color to render

Output of changing the background colors. 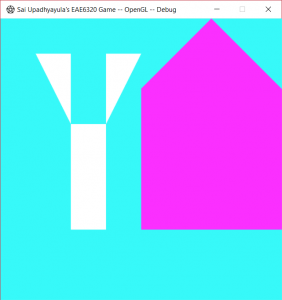 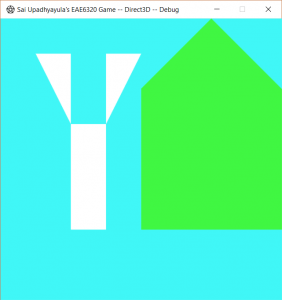 Since we are creating our effects and meshes in the game instead of engine, we should restrict the access to mesh and effect classes and should not allow calling the constructor and destructor. Instead we implemented a Factory function which creates a new mesh or effect and gives us the pointer to the created mesh or effect. Since we are dealing with pointers, there is a possibility that the game or renderer might free the pointer when the other one is using, and this might create undefined behavior. To mitigate this, we use reference counting to keep track if the pointer is being used and when the game or renderer no longer uses the pointer, we decrement reference count and once reference count reaches zero, we then free the pointer. The framework for reference counting was already present in the engine and we just have to implement it.

To pass the mesh and effect data between game and engine, I am using a array of struct which takes an effect and mesh in that order and the renderer then first binds the effect and then draws the mesh in the same order

Hiding the meshes and swapping the effects:

Since we moved the code to initialize and submit the effects and meshes to game, we can also specify which ones to render and which effect goes on which one. In my game, we can hide a mesh by pressing F1 key and swap effects between the two by holding the F2 key. 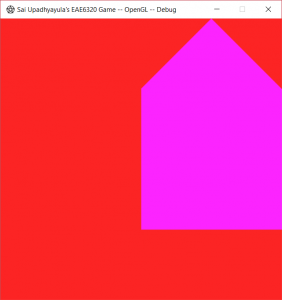 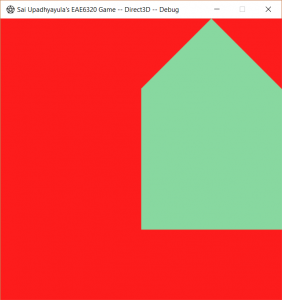 The reason why we submit all the data required to render a frame when the renderer is rendering the previous frame is that the renderer will know what to render in the next frame and this eliminates the renderer waiting for data to be submitted by the application.

Size of Mesh, Effect and sDataRequiredToRenderAFrame:

For the previous assignment, the way I divided the platform specific code into a new class was not the ideal way of doing it and created a few problems while working on this weeks assignment. So I went in and changed the code so that it is better and in the process I removed a few member variables that I was using in both the mesh and the effect class which lead to the drastic decrease in the amount of memory taken by each class.

Total Memory for the graphics project:

The memory allocated to graphics project is budgeted, since memory is limited, especially in consoles and mobile. Hence the total number of meshes and effects that can be drawn at the same time is capped at 10. The total memory that will be taken is 488 Bytes in OpenGL and 656 Bytes when using Direct3D. When the game wants to render more than that number of meshes, the renderer only renders the first 10 pairs of effects and meshes and in Debug mode will throw an error.